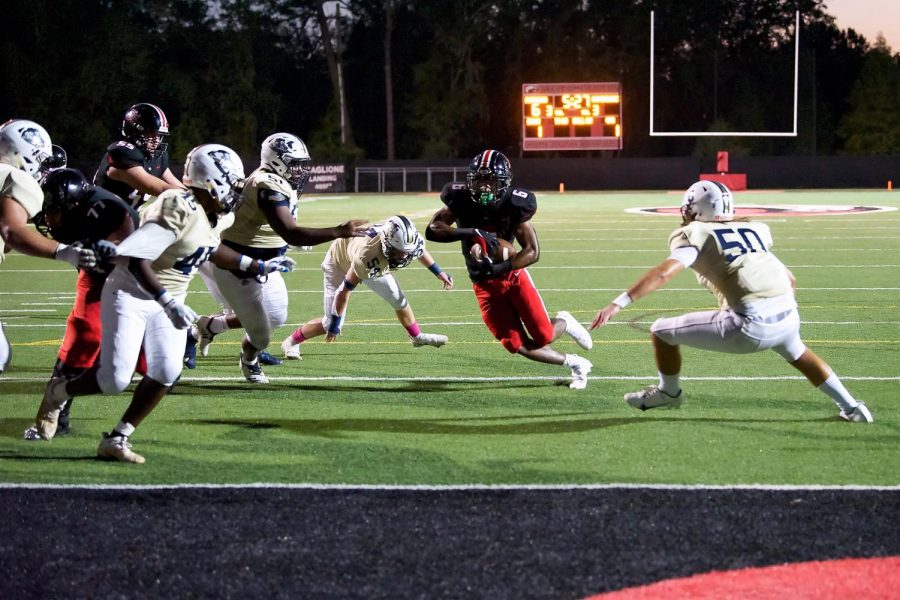 The CDS football team had impressive season with an 8-3 record.

As the fall sports season comes to an end, CDS has an amazing record to look back at. Starting with football, CDS’s Varsity football team ended with a record of 8-3. The team made it all the way to Regional Quarterfinals but unfortunately lost to TC with an end score of 25-26. Sophomore Anthony Carrie reflected back on the season, “Honestly just getting better than how we were last year”.

Girls Varsity Volleyball made it all the way to District Semi-Finals and ended with a record of 14-13. The team had an amazing season and we had María N. tell us what she like about this season, “I liked being able to be on the varsity team as a sophomore”.

CDS swim had an amazing season this year. History was made and many records were broken this season. The swim team won 1A districts for the boys swim meet for the first time in CDS swim history. Three members of CDS swim were able to make it all the way to states. Jacob B and Wyatt B were the first boys in CDS swim history to make it to states and Sophomore Adele S. finished 3rd overall at the meet. We had Adele S reflect back on this season, “my favorite part was training with and competing with new fiends, and getting to see the improvement of the team since last year.”
The Cross Country team had an amazing season too. The team made it all the way to regionals.
The CDS Girls Golf team participated as a team in the regional golf level and 7th grader Elyse M. made it all the way to states. For the Boys Varsity Golf Team Jacob Z. went off to represent CDS at the Men’s regional golf competition. Freshman Olivia H looked back on the season, “I loved out talks before matches to get “in the zone”, we always made jokes and had so much fun”.

CDS had an overall amazing sports season, as years continue our fellow patriots have had seasons full of improvement, growth and many bonding opportunities.

Swim- CDS swim won 1A district for the boys swim meet. Adele S. placed 3rd in the 100 free and 4th in 200 free @ states, Jacob B. and Wyatt B. were the first boys in CDS swim history to go to states

Football- Football is in the playoffs, they’re record is 7-2
Cross Country- Cross country had a regional meet on November 4th